WC Frisch Sit and Go Video-Mix: How to tame the brown beast 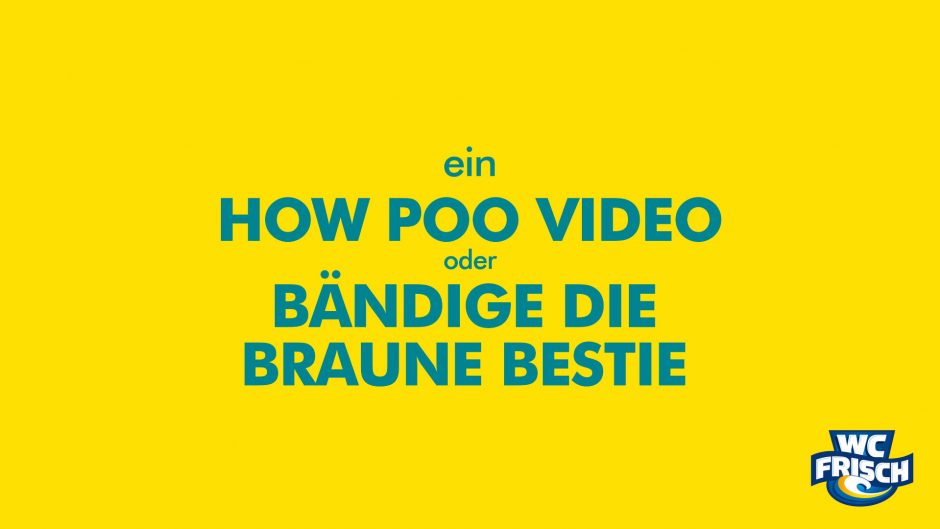 WC Frisch Sit and Go, a premium „pre-poo“ toilet spray, is launched (brand design by SUXDORF STUDIO DESIGN) and baries design was commissioned to produce a how-to video for the e-commerce on Amazon Germany.

Briefing
Based on the style of the packaging design, an appealing and entertaining video that explains
how the toilet spray works should be created. There were only a few guidelines:
A maximum length of 25 seconds should be observed, work should only be done in 16:9 format and
the three terms of the SKU – Spray, Sit, Go – should be clearly and simply explained.
Everything else was up to us.

Our Work
Based on the packaging design of WC Frisch Sit and Go (designed by SUXDORF STUDIO DESIGN), we settled on a mixture of illustrated animation and real video. The animations were made to remove
inhibitions and viewers should be openly introduced to the subject of toilet malodors. The filmed elements, such as the actors and the toilet seat make the
topic tangible and realistic. The entire video clip was planned, procured, drawn, animated and implemented by our interdisciplinary team. After concept approval we were excited to let our sketches become alive.
Therefore, we got the chance to shoot the whole video clip scenes in the production studio from Henkel Beauty Care – called „Content Factory“. Thus, we had a wide
range of cameras, lighting and other equipment at our disposal.

Finally, after the story board was finished, the actors selected, the equipment procured and everything brought to the location of the shoot,
we could start! It was an exciting project because video shoots are not one of baries‘ core competencies. But it was great fun for everyone
involved and the result shows that we are able to look outside the box to measure ourselves against new challenges. We are looking forward to the next video project.

Schwarzkopf 100% Vegetal – Ayurveda for Every Haircolor